I've just returned from 10 days in silence in a Buddhist monastery in the south of Thailand. Why? Good question!

I blame my friend Katriina. We used to work together in London and had previously discussed going on some sort of yoga retreat somewhere in the Med, but somehow never got round to it. Katriina has been in China teaching for the past year and now its the summer holidays, her husband was off on a lads holiday in New Zealand, so she asked me if I fancied meeting her in Thailand at a retreat she was interested in. I always felt like I had unfinished business with Thailand after spending some time backpacking there a few years ago, so I was in! So, she he sent me the link, and it was definitely not the luxury yoga / spa scenario I had in mind!

The Inter­national Dharma Hermitage of Wat Suan Mokkh is a specially built centre opposite the main monastery in Surat Thani, South East Thailand. They run a 10 day programme every month teaching Anapanasati - or mindfulness with breathing. There are pretty strict rules and not a huge amount of information on the website, but I was intrigued and up for the challenge! I was also keen to catch up with Katriina, plus a trip to Thailand, so we made arrangements and started researching!

We met in Bangkok on Thursday afternoon, and after a night in a hotel, catch ups and dinner, we flew to Surat Thani early on Friday morning (day zero!). The monastery is about 20 minutes from the airport, and the Dhamma Centre is a long hot walk down a sandy track - this was in July, in the hot, humid rainy season, carrying heavy backpacks!

We reached the centre and were met in the Dining Hall (the halls are all large open buildings), where we were given a copy of the conditions of the retreat to read before registering. These included -

We'd read all of this on the website, so we signed up and paid our 2000BHT - about £50. We were given a key to our rooms, which were sparsely decorated with a concrete bed and a wooden pillow, mosquito net and lantern, unpacked, and then decided to check out the natural hot springs. There are two on the grounds, one for the men and one for the ladies. We were given sarongs to wear in the hot springs and to wash with. It was nice to have a chat with some of the other girls and find out the different reasons that people were there. It was nice to feel like we knew each other a little bit before starting the silence, and felt like we weren't such strangers.

Lunch was at 12.30. We all served ourselves - yummy veg curry. Most of the food served was vegan, and everything was vegetarian. In the afternoon we were given a tour of the boundaries and had the schedule explained.

At 6pm we were served tea (herbal tea for the vegans and hot chocolate for everyone else) and the silence officially started on day zero at 7pm. At 7.30 we had our first meditation session in Hall 5, where we got ourselves a mat, cushions and a stool, and a stool and found a place. This was to be our place for the next 10 days. We had a 30 minute seated meditation, a 30 minute walking meditation (where one of the monks led the group, and we all had to follow, 1 person at a time, 1.5 metres behind the person in front. The monk would change pace and stop occasionally. The idea is to practice mindfulness and to pay attention whilst walking). This was 8pm, and it was pitch black, and we were barefoot - you are encouraged to be barefoot as much as possible, which I did constantly from about day 4. This was followed by another half hour seated meditation session, and then bedtime was 9pm.

The main bell rung at 4am, and we had to be in the main meditation hall at 4.30. After a reading, we had our first 30 minute seated meditation, followed by 90 minutes of yoga. The yoga teachers are all volunteers on the retreat - I decided against volunteering as I wanted to enjoy practising rather then teaching for a while. For the first time in a long time, I practiced sun salutations as the sun was coming up at 5.30. This was such a beautiful day to start the day, and our teacher was lovely.

This was followed by a talk, usually from one of the monks, and another seated meditation session. At 8am we had breakfast, followed by free time in which to do our chores, wash, visit the hot springs, nap etc. On day zero everyone signed up for a chore to do during the ten days (I had read to arrive early on day zero to avoid getting the jobs no-one else wanted!) Katriina and I had signed up for sweeping and mopping the yoga hall, definitely not too bad!

At 10am, we listened to a recorded talk about Dhamma and meditation, or the teachings of Buddha, had a 30 minute walking meditation, then a seated session, followed by lunch at 12.30, and more free time until 2.30pm. At 2.30pm we met back in the meditation hall for another talk or recorded talk, 30 minutes seated, 30 minutes walking and a further 30 minutes seated session, and then an hour's chanting session, followed by tea and a break until 7.30pm. The chanting (and yoga) came to be my favourite times of the day. The lady leading the chanting was a lovely Thai lady who was very sweet and had a great sense of humour. Although different to the Indian chanting I've done before, I enjoyed the relaxed environment of the chanting and it definitely broke up the day as it felt quite light hearted. At 7.30 we had a seated, a guided walking and a seated meditation before bed at 9pm.

This schedule was repeated every day except day 9, where everyone including the staff was completely silent (even the yoga session!) so we had extra meditation sessions instead of the talks and chanting.

At 12pm on Day 1 I wrote in my diary 'they said we're not supposed to journal if possible, but I'm already struggling. I'm struggling with the heat, I have back ache from carrying my back pack and sleeping on the concrete bed, and what we're learning is mentally exhausting.'

From my diary on day 4 - 'to be honest I'm surprised I've made it this long! Over a third of the way now.' By day 4 I was counting down the days, and by day 8 I was packed and ready to go!

The long days and extended periods of sitting. I'm usually pretty active, and I found it difficult to sit still for any period of time. I did use the time to practice my full lotus though!

The lack of comfort - concrete bed, wooden pillow, cold water to wash with. This did get easier, but I was definitely grateful to arrive in our (luxury) hotel back in Bangkok after leaving!

The wildlife - huge spiders, geckos, scorpions, centipedes. Although it was pretty cool to have bats and fireflies in the yoga hall in the morning! There was also a resident iguana who casually strolled about, and a troop of monkeys that we could sometimes see from the dining hall!

Other people leaving. On the morning of day 10, two girls left who I'd been pretty close to in the dormitory, and I felt we'd become friends, smiling and supporting each other in a way. When they left, I felt a little like I'd been abandoned, and they were so close to completing it! I didn't ever learn their names which made me a little sad!

On the evening of day 10 there was a sharing time, where everyone had a chance to go up in front of the group and talk about their experience. There were a lot of people there who had really sad stories and reasons why they were there, including illness and depression, suicidal attempts, abuse and relationship breakdowns, and for some, the retreat was a really positive and amazing life changing experience. I didn't go for any particular reason and my personal challenge was just to get through the ten days. It was definitely the hardest thing I've every done - I struggled with the schedule, the long days, the long periods of sitting (we were encouraged to sit in lotus position) with quieting my mind for extensive periods of time, the heat, the insects, and definitely missing my family. Katriina and I whispered to each other occasionally (as did most people), but I think I spent about 85% of my time in silence.

I'm mostly proud of myself for finishing the ten days, and in a way I'm still processing what happened and how I feel about it all. On the morning of day 11 I just wanted to leave and get out of there as soon as possible, and I let quite bitter about the whole thing. But now I've had a few days to think things over, I'm starting to see the benefits -

It is possible to live without a phone for ten days! I know I spend way too much time on my phone and I'm focusing on being more present and really enjoying spending time with whoever I'm with.

I'm really grateful for my life. Maybe not all the time, but none's perfect! One particular morning at 4am I was walking to the meditation hall, and I just stopped and looked up at the stars. It was a beautiful, clear morning, and I just thought about how lucky I was to be there, to be healthy, to have made the choice to travel to Thailand and to have the money and time to be able to do so, to be in such a beautiful place and to catch up with Katriina.

To be less judgemental. Even in silence, we judge those around us without knowing their story, or even their name or where they're from. (One really weird thing was hearing everyone's accent once we were talking again, there was one girl that I could've sworn was Australian, and she was actually Hungarian!)

Aim for even a few minutes meditation each day. Although every session did not come easily to me, I did feel the benefit of some peace and calm.

I learnt that yoga can be my meditation. I will be finding more local classes that I can go to and definitely increase my self practice.

I really enjoyed journalling. This is definitely something I want to keep up.

To eat less, eat mindfully and less snacking. I found I was counting my mouthfuls, and also my bites. I slowed down when I was eating and really enjoyed the food I had.

One thing that kept coming up and striking a chord with me was 'self discipline' - in terms of practice, following the schedule, obeying the rules, doing my chores, eating well etc. Nobody made me stay and I did stay, even though I was out of my comfort zone. After leaving the retreat I had a traditional Thai tattoo done, meaning 'discipline'.

Would I do it agin? Not for 10 days, maybe 2-3. I would definitely recommend the experience though, and I'm really glad that I finished it. Its something I will always remember and its given me confidence that I can do whatever I set my mind to!

'The past has already left us, the future has not yet arrived.'

Decluttering your home, mind and body!

Decluttering your home, mind and body! 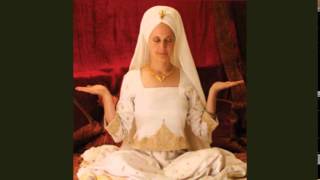